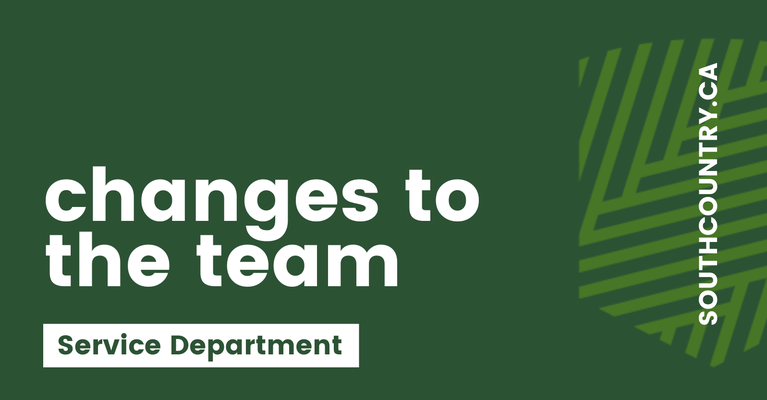 South Country Equipment is excited to announce some changes within the Service team at our Montmartre location. Kerrigan Schnurr (right) has accepted the role of Service Department Manager, as Wally Maas (left) announces his retirement from the company as of December 30th, 2022. 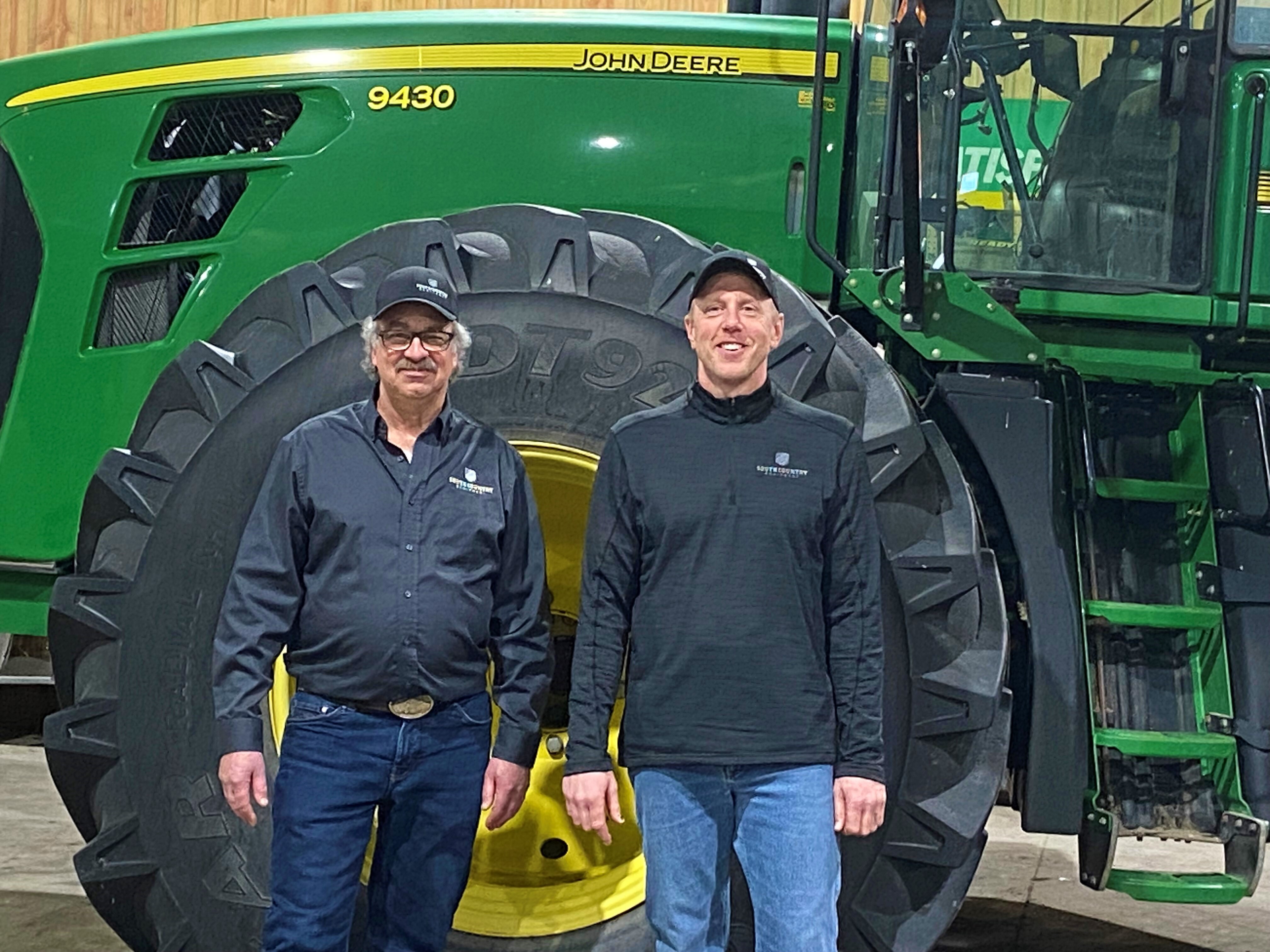 Wally Maas started as an Agriculture technician in 1979 in Ontario. He moved to Montmartre in June of 1985, where he worked at Dusyk Enterprises as a service technician, until the spring of 1990 when he took over the role as service department manager. Dusyk Enterprises became South Country Equipment in 2009, and Wally continued as service manager within the new company.

We are proud to have been Wally's choice for his career, and wish him all the best after 32 years with us!

Kerrigan Schnurr was born and raised locally in Grenfell, on his father's 1000 acre grain and cattle farm. He began his career as an Agriculture Technician, after completing the program at Olds College in 1994. He has been employed with Dusyk Enterprises and now South Country Equipment for a total of 29 years. He has continued to remain local, living in the communities of Grenfell, Balgonie and back to Montmartre.

Please help us in welcoming Kerrigan into his new postition within South Country Equipment!